The Newest Addition to the Trinity Family!

The founders of Trinity Air Ambulance have added a fourth aircraft (Learjet 35) to the family fleet, and another plane is on the way! 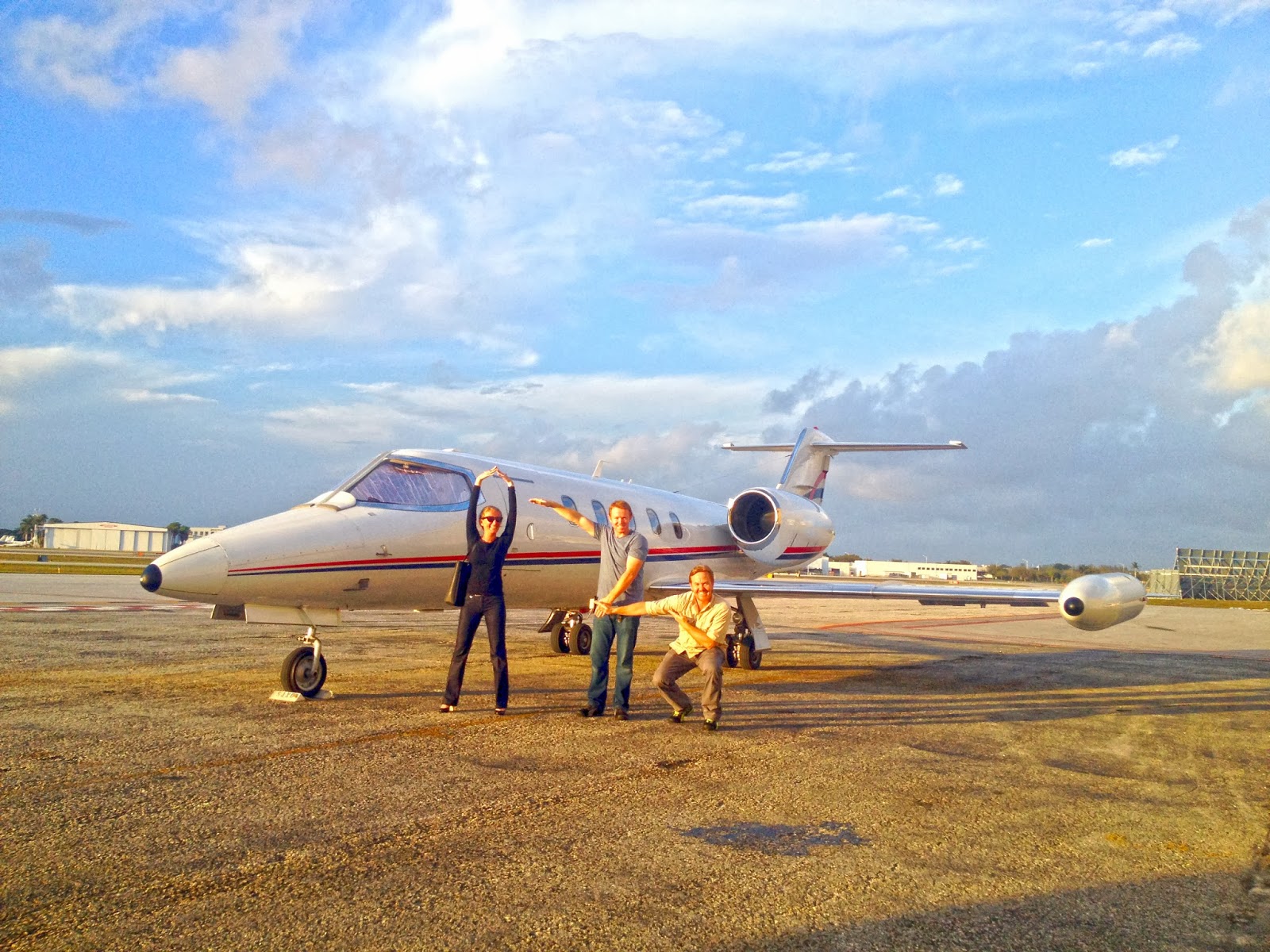 Maria, Tor, and Lars with “AZ” the newest addition to the family!
Posted by Trinity Air Ambulance International at 15:39

Man attacked by shark thanks rescuers who flew him to safety

A Florida man survives a brush with death not once, not twice, but three times, and now he’s thanking his emergency responders who flew him to safety.
Erik Norrie has recovered from a shark bite that took place July 29 while he was with his family in the Bahamas.
Norrie lost a large portion of his leg and had to undergo a skin graft procedure. He spent months in recovery and rehabilitation.
He was in Fort Lauderdale on Friday morning to thank the president of Trinity Air Ambulance.
“Pretty hairy situation, nearly lost my life,” Norrie said. “I thought I was going to lose my leg, but thankfully because of Trinity Air here in Fort Lauderdale, they were able to rescue me and get me to help in Miami quickly.”
“When we get to meet some of our patients that we helped assist, that really affirms why we’re here and it makes us feel good, our whole team,” Trinity Air Ambulance President Tor Skroder.
Norrie is no stranger to danger.
The St. Petersburg man also survived two lightning strikes, a rattlesnake bite and two separate monkey attacks.
“No matter what happens, just trust the lord,” Norrie said.
His father, Jack Norrie, is just glad he survived.
“He does a little bit of world traveling and gets himself into some jams on occasion, but, you know, he’s come out happy, so that’s the main thing,” Jack Norrie said.
Posted by Trinity Air Ambulance International at 22:11

Great News from a Past Patient

Dear Inger-Lisa, Tim, Maria and all, I would like to update you on my sister K. B.

She stayed in ICU for 12 days and then another 3 weeks or so in the hospital. She had what my Mom calls a “Cabbage” (CABG). She got home on Christmas Eve and we all spent Christmas together. We text, talking was hard on her, but last week M., Mom and I were going on an outing, and K. called and asked to go with us.. She did wonderfully, we even had lunch out. I know she was in a dire condition I just want you to know we had good news, she is on the mend.

Email ThisBlogThis!Share to TwitterShare to FacebookShare to Pinterest
Labels: Testimonials

I wish all of you a very Happy, Healthy 2014!Thank you for all the good work you have done for us and I look forward to continuing our relationship in 2014.

Please send me the bill for the last transfer you did for BMI from Guatemala to Cleveland Clinic, Florida so I can pay you.
Thank you,

It was a pleasure to work with you today! Having good cooperation always makes a difficult case like this much easier. Thank you for everything!

Thank you for your support and assistance that you provided to Disney Cruise Line during 2013, and we look forward to a good year in 2014!